The Gold Royalty management team, board of directors and advisory board have in excess of 250 years of combined mining sector experience, including exploration, development, operating and capital markets experience. We intend to capitalize on our significant collective knowledge, experience, and contacts to add value to the owners and operators of existing and prospective mines we partner with. Our team has the experience and capability to provide creative solutions to prospective partners thereby enhancing our ability to acquire attractive growth assets. 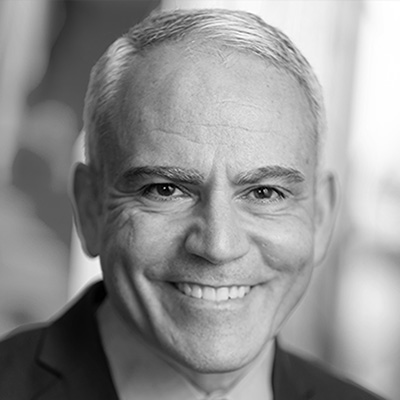 Mr. Garofalo has served as Chief Executive Officer, President and Chairman of the board of directors of the Company since August 2020. Mr. Garofalo has worked in various leadership capacities in the natural resources sector over the last 30 years. Prior to joining the Company, he served as President, Chief Executive Officer and a director of Goldcorp Inc., a gold production company headquartered in Vancouver, until its sale to Newmont Corporation in April 2019. Prior to that, he served as President, Chief Executive Officer and a director of Hudbay Minerals Inc. from 2010 to 2015, where he presided over that company’s emergence as a leading metals producer. Previously, he held various senior executive positions with mining companies, including Senior Vice President, Finance and Chief Financial Officer and a director of Agnico-Eagle Limited from 1998 to 2010 and as treasurer and other various finance roles with Inmet Mining Corporation from 1990 to 1998. He was named Mining Person of the Year by The Northern Miner in 2012 and Canada’s Chief Financial Officer of the Year by Financial Executives International Canada in 2009. He holds a Bachelor of Commerce from the University of Toronto and is a Fellow of the Chartered Professional Accountants in Canada and a Certified Director of the Institute of Corporate Directors. He also serves on the board of directors of the Vancouver Board of Trade and the Vancouver Symphony Orchestra.

Ms. Man has been the Chief Financial Officer of the Company since July 2020. Ms. Man also currently serves as Chief Financial Officer of Uranium Royalty Corp., a uranium royalty company listed on the TSX Venture Exchange and Nasdaq Capital Market. Prior to joining Gold Royalty Corp. Ms. Man was the former Vice President, Finance and Controller of SAIS Limited (formerly Sarment Holding Limited) until November of 2018; the Chief Financial Officer of Jien International Investment Limited, a private nickel and copper producer, from May 2014 until August 2018; and was an audit partner with Ernst & Young LLP in Vancouver from 2010 to 2013. She is also a Chartered Professional Accountant in Canada, and a Certified Public Accountant in both Washington State and Hong Kong. Ms. Man holds a Bachelor of Business Administration from Simon Fraser University and a Master of Business Administration from the University of British Columbia. 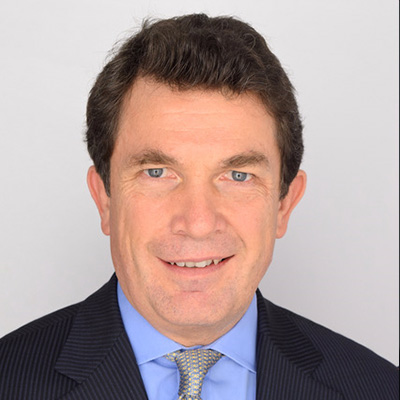 Mr. Griffith has been the Chief Development Officer of the Company since September 2020. Mr. Griffith is a former Managing Director and the Head of Americas Metals & Mining Investment Banking for Bank of America, where he worked from 2006 to May 2020. He brings nearly 30 years of financial services sector experience spanning three continents, including 26 years of global investment banking expertise. He has advised senior management and executive board members in M&A, capital markets, investor relations, risk management and general advisory in the global mining industry. Mr. Griffith’s global landmark transaction was representing Goldcorp Inc. in its merger with Newmont Mining in 2019. Mr. Griffith holds a Bachelor of Commerce from the University of Cape Town. 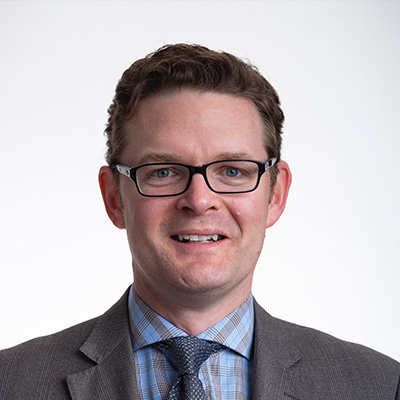 Mr. Still has served as Director of Technical Services of the Company since October 2020. Mr. Still is presently the Chief Executive Officer of GoldMining Inc (TSX: GOLD and GLDG: NYSE American) and has served as Executive Vice President and Chief Development Officer of GoldMining from October 2020 to March 2021. Mr. Still is an experienced mining industry professional with over 25 years of experience working for major gold miners such as Newmont Corporation, Goldcorp Inc., Placer Dome Inc., Agnico Eagle Mines Limited and Kinross Gold Corporation. He has worked within Canada and internationally in a variety of leadership roles including corporate and project development, and mine operations. Mr. Still served in various capacities for Newmont Corporation (formerly Goldcorp Inc.) from 2004 until June 2020, including asDirector, Corporate Development and as Project Director overseeing project development until first production of the multi-million-ounce Cerro Negro gold-silver deposit in Argentina. He also worked from 1999 until 2007 in Timmins, Ontario as Chief Geologist for Kinross Gold, then Placer Dome, and progressed to become Technical Services Manager for the Porcupine Operations of Goldcorp Inc. In the early stages of his career, Mr. Still worked as a project geologist at the Goldex mine in Val d’Or, Quebec for Agnico Eagle and at the Macassa mine in Kirkland Lake, Ontario becoming the senior geologist for Kinross Gold. Mr. Still holds a Bachelor of Science from the University of New Brunswick and a Master of Science (structural geology) from Queen’s University. 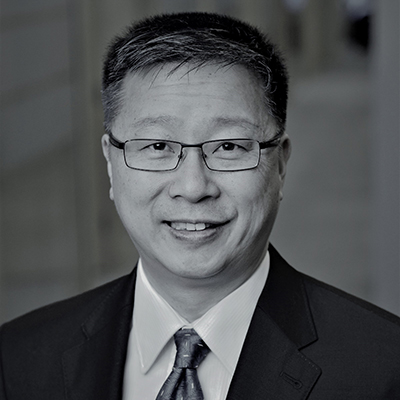 Mr. Mah has over 24 years of experience in the mining industry comprised of a unique blend of senior and junior producers including working for SSR Mining, Great Panther Mining, Goldcorp and Placer Dome (now Barrick Gold) and mine consulting firms: AMEC Americas and SRK Consulting, and the first metal streaming company, Silver Wheaton (now Wheaton Precious Metals).  Over the past decade, Mr. Mah has leveraged his experience gained from conducting the technical appraisal and due diligence reviews for over 350 projects and mines across 43 countries to improve his track record of M&A success. 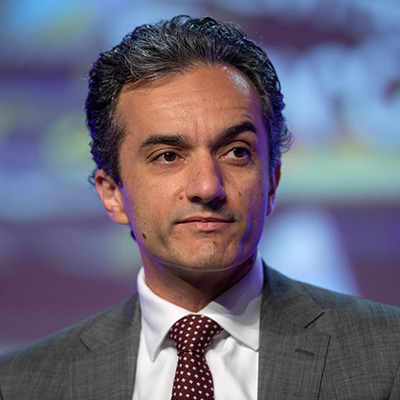 Mr. Adnani is an entrepreneur and the Chairman of GoldMining, where he is directing the growth of a gold resources acquisition and development company with a sizeable portfolio of gold projects across the Americas. Mr. Adnani is also the President, Chief Executive Officer and a Founder of Uranium Energy Corp. Here, he advanced the company from concept to U.S. production in its first five years. He is Chairman of Uranium Royalty Corp., a company listed on the TSX Venture Exchange and Nasdaq Capital Market and a uranium royalty and streaming company. Mr. Adnani is frequently invited to speak at prominent industry gatherings, including the Milken Institute Global Conference, the International Economic Forum of the Americas and the PDAC Convention. He is often interviewed by major business media outlets including The Wall Street Journal, Bloomberg, CNBC and Fox Business News. Mr. Adnani is selected as one of “Mining’s Future Leaders” by Mining Journal, a UK-based global industry publication. Fortune magazine has distinguished him on their 40 Under 40, ‘Ones to Watch’ list of North American executives. He was earlier a finalist for Ernst & Young’s ‘Entrepreneur of the Year’ distinction. He holds a Bachelor of Science degree from the University of British Columbia and is a director of the university’s Alumni Association. 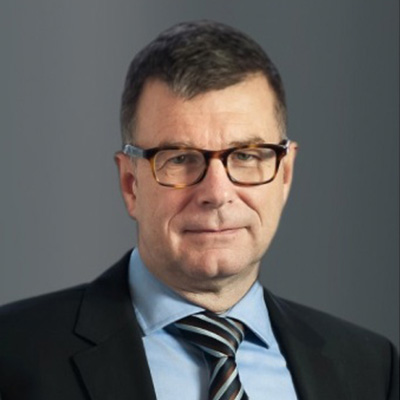 Mr. Dawson has been a director of the Company since June 2020. Mr. Dawson has over 35 years of experience in the exploration and mining business working with senior and junior mining companies in the Americas, Europe, Africa and China. He has held executive and directorship roles with several Canadian mining companies including most recently as Chief Executive Officer of GoldMining Inc. Mr. Dawson is a registered Professional Geologist with the Association of Professional Engineers and Geoscientists of British Columbia and holds a Bachelor of Science degree in Geology from the University of Manitoba and a Master of Science degree in Economic Geology from the University of British Columbia. 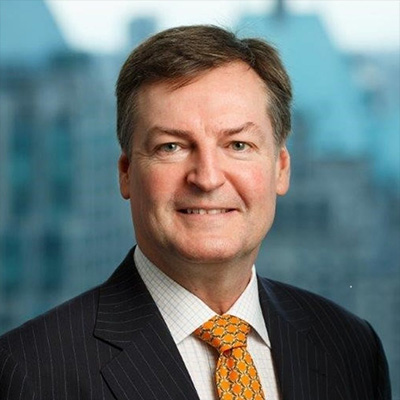 Mr. Gilman has been a director of the Company since August 2020. Mr. Gilman is the Founder, Chairman and Chief Executive Officer of TSX Venture Exchange listed Queen’s Road Capital Investment Ltd., a leading financier to the global resource sector. From 2011 to 2019, Mr. Gilman was the Chairman and Chief Executive Officer of CEF Holdings Ltd., or “CEF”, a global mining investment company owned 50% by the Canadian Imperial Bank of Commerce, or “CIBC” and 50% by CK Hutchison Holdings Ltd., the Hong Kong listed flagship company of Mr. Li Ka-shing, one of Asia’s richest men. Prior to joining CEF, Mr. Gilman was the Vice Chairman of CIBC World Markets Inc., the investment banking subsidiary of CIBC. He was previously the Managing Director and Head of the Asia Pacific Region at CIBC for 10 years, where he was responsible for all of CIBC’s activities across Asia. Mr. Gilman, a mining engineer, also co-founded CIBC’s Global Mining Group. During his 26 years with CIBC, he ran the mining teams in Canada, Australia and Asia and worked in its Toronto, Sydney, Perth, Shanghai and Hong Kong offices. Mr. Gilman has also acted as advisor to the largest mining companies in the world, including BHP, Rio Tinto, Anglo American, Noranda, Falconbridge, Meridian Gold, China Minmetals, Jinchuan and Zijin, and has been responsible for some of the largest equity capital markets financings in Canadian mining history. He obtained a Bachelor of Science in mining engineering from Queen’s University and an MBA from the Ivey Business School at Western University. He is Chairman of the International Advisory Board of Western University and a member of the Dean’s Advisory board of Laurentian University. 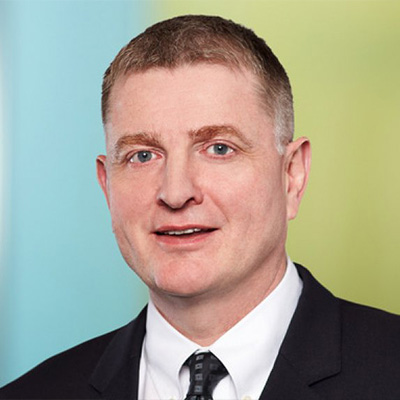 Mr. Hair is a mineral engineer and senior executive with over 37 years of international experience in the mining and metals industry. Mr. Hair is the former President and Chief Executive Officer of Hudbay Minerals Inc., a public company he joined in 1996 as a Senior Operations Manager and at which he served in a series of progressively senior roles culminating in the position of President and Chief Executive Officer from 2016 to July 2019. During his tenure at Hudbay, Mr. Hair oversaw the successful acquisition, construction, and development of the Constancia Mine in Peru. He holds a Bachelor of Science degree in Mineral Engineering from the University of Leeds and the ICD.D designation from the Institute of Corporate Directors. He is a Director of Bear Creek Mining Corporation and Great Panther Mining Limited. 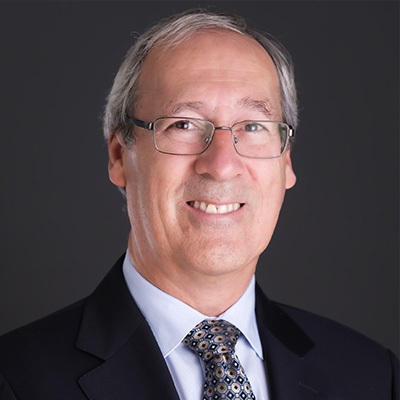 Mr. Robertson was previously a partner and Global Mining & Metals Group Leader with Ernst & Young LLP, or “EY.” During his career at EY in Canada and the United Kingdom, Ken developed extensive experience in initial public offerings, financings, governance and securities regulatory compliance. Mr. Robertson is a Chartered Professional Accountant and he serves on the boards of Avcorp Industries Inc., or “Avcorp,” and Mountain Province Diamonds Inc. He holds a Bachelor of Commerce degree from McMaster University and the ICD.D designation from the Institute of Corporate Directors.